Try It Now For Free

I Have, Who Has Cards

"I Have Who Has" is a fun "round robin" game used to teach vocabulary, concepts, and early reading.It can be adapted in many ways and for all ages. I usually introduce the game using student photos. My students love seeing themselves, they can "read" their name and picture, and they get an idea of how the game works. 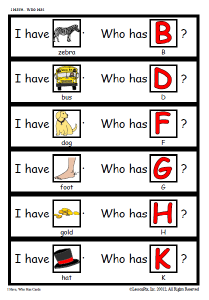 LessonPix offers an option in the materials wizard of "Automatic" (Cycle Through) or "Manual" (Prev. Page). Automatic means that the pictures you choose will show on two cards - "Who has (picture)" and "I have (same picture)". Manual means that each picture will show once in the order of your tray. You would need to manually match which pictures correspond and go next to each other for the game to work. Here are examples of each.

Here is a Free Sample of the Sand Style. This game is designed as a scavenger hunt - finding objects. Students find school supplies in the classroom. I chose the school supplies pictures and chose "automatic". LessonPix wizard automatically made the cards with the last picture on the first card. 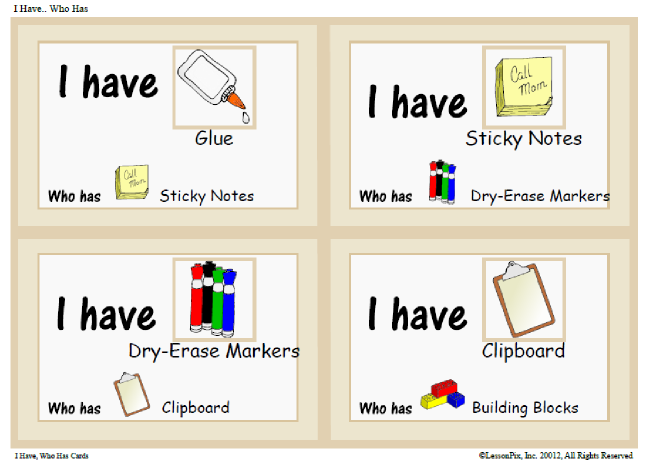 This next I Have Who Has game is designed to also be a scavenger hunt. Students take time first to locate an item that matches their shape for the game. Again -  I choose the shapes and chose "automatic". LessonPix wizard automatically made the cards with the last picture on the first card. 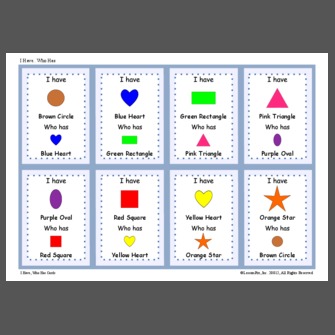 These are the simplest and easiest to read left to right for the students. Not as cute, but they do use less ink and less paper. This game is designed for students to listen for the letter called that matches their picture. A child may say "...who has H?", and all of the students look at their card to see if they have a picture beginning with H. The child with a "hat" reads their card.

In this example, I selected the pictures and corresponding letters. For the options, I chose "manual". This meant I had to make sure the pictures I selected were paired next to each other, and I began with the last picture. 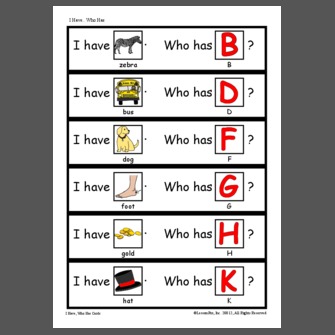 Lessonpix has different styles to choose when creating the cards. The following are 3 more styles as well as different variations to the game. 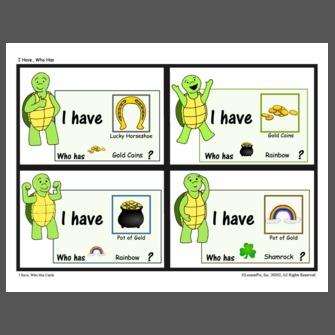 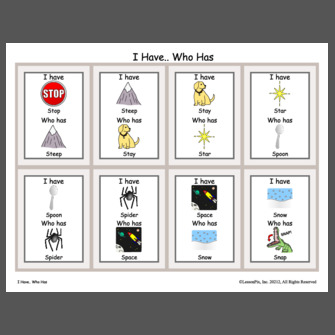 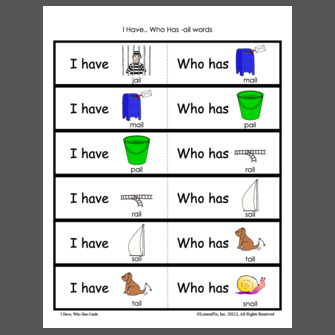 Have fun learning and playing together!